Where is Transylvania? How to get there?

Those who read Bram Stocker’s famous novel, Dracula, must have wondered where Transylvania is and if it exists. And those who were not passionate about the vampire count’s story had fun watching Hotel Transylvania, the famous cartoon. And then they probably asked the above questions.

So let’s try to clarify through this article if this region exists, where it is, what its history is and for those who want to visit it, how to get here exactly.

Is Transylvania a real place? 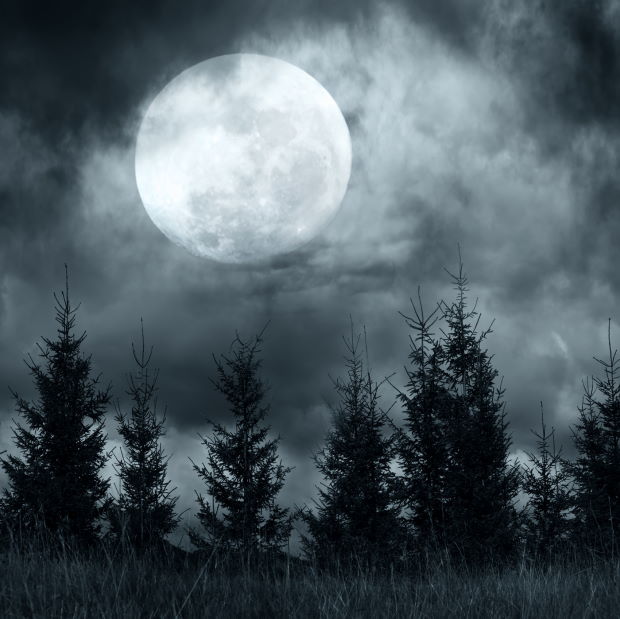 Although it is surrounded by legend and mysteries, Transylvania is a real place, a province where people live their ordinary lives, without giving importance to the fame that surrounds this region.

Do you want to visit Transylvania? Try our guided tours in Transylvania and discover this amazing region!

Where is Transylvania located?

It includes the central part of Romania, respectively the Transylvanian Depression and the Carpathian slopes that lean towards it. There are 10 counties on the territory of Transylvania.

The second meaning of the name refers, by extension, also to Maramureș and Crișana. These were provinces in Romania that joined after the middle of the 16th century the historical nucleus on the Transylvanian plateau. Together they constituted the Principality of Transylvania.

Sometimes, Transylvania is given a very broad meaning, designating the Romanian territory west of the Eastern Carpathians and north of the Southern Carpathians, thus including Banat.

What does Transylvania mean?

The name “Transylvania” is derived from medieval Latin. It was attested in 1075. Transylvania is a word composed of the terms “trans” (“over”, “beyond”) and “silva” (“forest”) and means “(territory) beyond of the forest “.

Is Transylvania in Hungary or Romania?

Transylvania is in Romania, being a historical province of Romania. It was part of the Austro-Hungarian Empire for several years. After the First World War, it was united with Romania.

The tumultuous history of the place and the fact that historians do not agree on a part of Transylvania’s past makes this confusion occur frequently. Therefore, here is a brief history of Transylvania to understand better its past.

Ancient traces of material culture, discovered in various archaeological sites on the current territory of Romania, attest to the fact that the space inside and outside the Carpathian arch has been inhabited since ancient times.

The creative tribes of the bronze culture on the territory of Romania belong to the Indo-European group of Thracians.

With the appearance of the Dacians in the region, they slowly took possession of the territory and built real cities and capitals. The most important of them is at Sarmizegetusa Regia.

When the Dacians ruled here, Transylvania was part of the kingdom of Dacia. Under the rule of Burebista, the first Geto-Dacian state was formed. The Dacians and Getae were Thracians. The “Dacia” province, led by him, included today’s Oltenia and about two-thirds of Transylvania.

On the current territory of Transylvania was in antiquity the political centre of the Dacia kingdom, Sarmizegetusa Regia.

The Dacian kingdom was conquered in 106 e.n. of the Roman Empire under the rule of Emperor Trajan.

During the reign of Emperor Hadrian (117-135), the current territory of Transylvania was organized and included in the province of Dacia Superior.

The conquest of Dacia by the Romans leads to the merging of the two cultures: the Daco-Romans are the ancestors of the Romanian people.

After Dacia became a province of the Roman Empire, elements of Roman culture and civilization were imposed. This included vulgar Latin, which was the basis for the formation of the Romanian language.

Historians have agreed that this is the time when a new people begins to form, the Romanian people. They were the result of the merger between the Dacian natives and the Roman population, formed by the colonists of the empire. This was also the moment of the appearance of the language spoken by these new people, the Romanian language.

In the first millennium, waves of migrants passed over the territory of Romania.

The Saxon settlers of German origin came first from the northwestern regions of Germany, near the Netherlands. In a second phase, they came from the east, from Saxony — whence the name of the entire German population in Transylvania remained Saxon.

This German population was meant on the one hand, in the country, to introduce more advanced agriculture, on the other hand, to set up cities like those in Germany, with their fortifications, with all kinds of crafts and with a good practice of business.

Of the cities (burgs) established, seven will be more significant, hence the name Sieben-bürgen (“the seven burgs”) given by the Germans to Transylvania.

Transylvania, part of the Kingdom of Hungary during the Middle Ages, ruled by voivodes, became an independent principality.

The province had to accept the suzerainty of the Hungarian crown, and Wallachia and Moldova the Ottoman one. This was the price paid for maintaining the autonomy of the government. During this time, the Ottomans tried to take control of Transylvania, but to no avail.

In 1541 the Principality of Transylvania was recognized by the Ottoman Empire as an independent state.

The reign of Mihai Viteazu (1593-1601) represents a turning point in the history of the Romanians. During this period the union of the three Romanian provinces took place, Transylvania, Wallachia and Moldova.

After this, Transylvania was incorporated into the Austro-Hungarian Empire.

The first official census in Transylvania in which a distinction was made between nationalities (a distinction made based on mother tongue) was made by the Austro-Hungarian authorities in 1869.

For the period before this year, there are only estimates of the proportions of various ethnic groups in Transylvania. Thus, in 1842 it was estimated that the population of Transylvania in the years 1830-1840 was composed of 62.3% Romanians and 23.3% Hungarians.

On December 1, 1918, after the First World War, the Kingdom of Romania merged with the provinces of Basarabia, Bucovina, Banat, Crișana, Maramureș and Transylvania. It was happening in the Great National Assembly in Alba Iulia.

In 1939 Romania ceded northern Transylvania to Hungary, including the city of Cluj Napoca. The vast territories of Transylvania that were ceded in favour of Hungary contained important natural resources, including gold mines.

These territories returned to Romania at the end of the Second World War. Since then Transylvania is part of Romania and it is mainly inhabited by Romanians.

What language do they speak in Transylvania?

Out of respect for this community, some names of localities are written both in Romanian and in Hungarian.

Is Transylvania safe for tourists?

Transylvania is very safe for tourism. Those who choose to visit this province come especially to discover its beautiful castles and fortresses and to explore its well-preserved villages. Tourists visiting Transylvania can experience the unaltered nature and life in a country full of traditions and customs.

How to get to Transylvania? 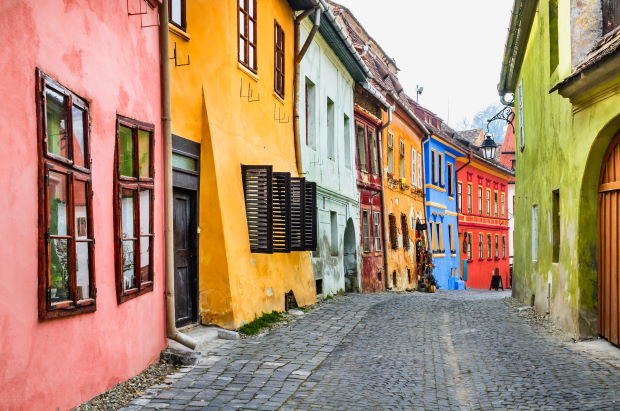 Once you land in Bucharest or Budapest you can rent a car and drive to Transylvania or you can book a private transfer. I recommend you book the transfer before landing because you won’t find one at the airport.

Planning a road trip in Romania that includes Transylvania? Check out our 10 day Romania itinerary.

If you want to find flights directly to Transylvania, find out how many large airports there are in the area. However, they have quite a few international flights and are usually to destinations visited more often by Romania.

Here are the main airports in Transylvania:

Check out here the best places to visit in Cluj Napoca.

Read here what are the best things to do in Sibiu.

For tourists, the most convenient ways to get to Transylvania are either landing in Bucharest and starting a tour from there, or landing in Cluj Napoca. Any route through Romania normally includes a few days spent in Transylvania.

The mix of modern cities, ancient villages, castles and legends give a special charm to the region. It was even similar to Tuscany in Italy, but one thing is for sure, although many have heard of it, Transylvania is still one of the hidden gems of Europe.

Do you need extra details about Romania? Please read our Romania Travel blog. 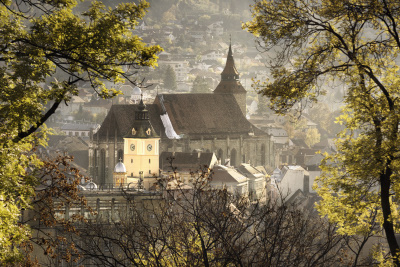 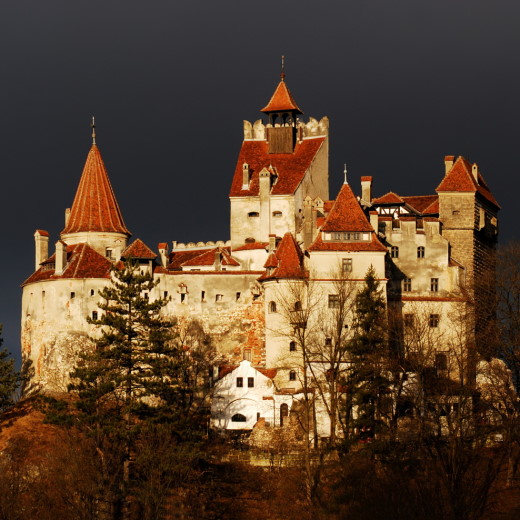 A free self guided walking tour in Bucharest perfect for you

The Romanian Sphinx in Bucegi mountains

Best Parks in Bucharest
Social
We use cookies on our website to give you the most relevant experience by remembering your preferences and repeat visits. By clicking “Accept All”, you consent to the use of ALL the cookies. However, you may visit "Cookie Settings" to provide a controlled consent.
Cookie SettingsAccept All
Manage consent

This website uses cookies to improve your experience while you navigate through the website. Out of these, the cookies that are categorized as necessary are stored on your browser as they are essential for the working of basic functionalities of the website. We also use third-party cookies that help us analyze and understand how you use this website. These cookies will be stored in your browser only with your consent. You also have the option to opt-out of these cookies. But opting out of some of these cookies may affect your browsing experience.
Necessary Always Enabled
Necessary cookies are absolutely essential for the website to function properly. These cookies ensure basic functionalities and security features of the website, anonymously.
Functional
Functional cookies help to perform certain functionalities like sharing the content of the website on social media platforms, collect feedbacks, and other third-party features.
Performance
Performance cookies are used to understand and analyze the key performance indexes of the website which helps in delivering a better user experience for the visitors.
Analytics
Analytical cookies are used to understand how visitors interact with the website. These cookies help provide information on metrics the number of visitors, bounce rate, traffic source, etc.
Advertisement
Advertisement cookies are used to provide visitors with relevant ads and marketing campaigns. These cookies track visitors across websites and collect information to provide customized ads.
Others
Other uncategorized cookies are those that are being analyzed and have not been classified into a category as yet.
SAVE & ACCEPT